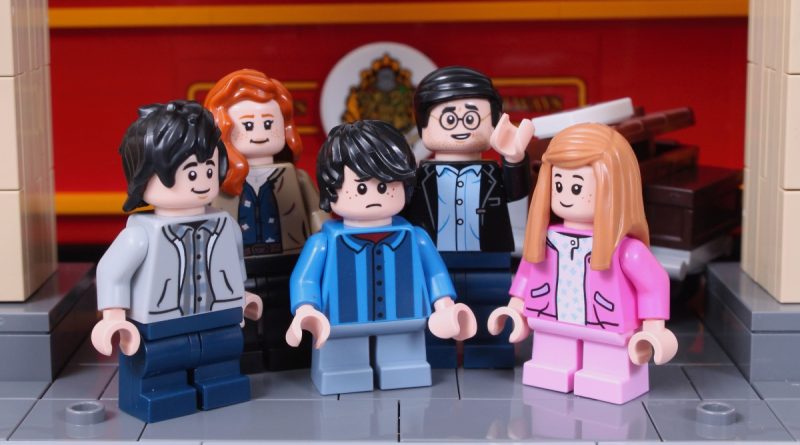 All but one of the 20 minifigures in LEGO Harry Potter 76405 Hogwarts Express Collectors’ Edition is brand new and exclusive to the Wizarding World train.

Available from today at LEGO.com and in LEGO Stores, the latest LEGO Harry Potter direct-to-consumer set is populated by 18 scene-specific characters, and two generic students from Hogwarts School of Witchcraft and Wizardry. It’s a bumper line-up for a bumper set (with a bumper price to boot), and while there’s a criminal lack of leg printing among those minifigures, they do all include a double-sided head.

All except the brand new Train Conductor, that is, whose single-sided head – by dint of his hat, which would leave a reverse print completely exposed – is at least completely new, and in the new skin tone introduced for Din Djarin in 75325 The Mandalorian’s N-1 Starfighter. The rest of the minifigures, from Harry Potter and Ron Weasley to Harry Potter, Remus Lupin and Harry Potter (there are a lot of Harrys) all boast alternate face prints.

Several of those are brand new and specific to the scenes depicted in 76405 Hogwarts Express Collectors’ Edition, too, including Ron’s dirty nose in the Philosopher’s Stone (or at least dirt where his nose would be, if minifigures had noses), and Harry’s scuffed glasses in the Half-Blood Prince (following Draco Malfoy’s use of the Body-Bind Curse).

Not all of them are new – Lupin’s alternate wolf print first appeared in 76407 The Shrieking Shack & Whomping Willow, for example – but the variety of expressions available across these minifigures, many of which otherwise sport new torsos, will make them all highly collectible for Wizarding World fans.

The only repeat is the Dementor, and given they’re one of the few characters that could reasonably be classed as an army builder in the Harry Potter range, it’s probably to some relief that this latest version matches its predecessors.

Click here to read more about our stance on LEGO Harry Potter, and consider donating to charities that support transgender people, such as Mermaids and Stonewall.

I like to think of myself as a journalist first, LEGO fan second, but we all know that’s not really the case. Journalism does run through my veins, though, like some kind of weird literary blood – the sort that will no doubt one day lead to a stress-induced heart malfunction. It’s like smoking, only worse. Thankfully, I get to write about LEGO until then. You can follow me on Twitter at @brfa_chris.